At 944,735 square kilometers, B.C. is the fifth largest land area in Canada, and its geographic diversity is legendary: an abundance of islands running north along the mountainous coastline, the dense, diverse urban centres flanked by farmlands in the lower mainland, the lakes and deserts lining the south eastern border, and the resource-rich forests of the north.

The challenge to create a program at such geographically distinct sites — Prince George, Victoria, Vancouver, and Kelowna (developed a few years later) — all sharing the same curriculum in real-time, in only a few short years, seemed as difficult a journey as traversing B.C.’s remarkable terrain on a pogo stick. The distances between the sites were not only significant, but within each region, such as Vancouver Island, or Northern B.C., community learning opportunities might be scattered hours away from the base.

Surmounting distance wouldn’t be easy, but there was a greater challenge: As the only medical school in the province, UBC’s distributed MD program would need to connect to the cultures, people, universities and healthcare systems at the new sites in a meaningful way, while continuing to meet the rigorous accreditation standards that govern medical education in Canada and North America.

Exploring other models of distributed education

And though there had been tremendous work at the executive tables to gain government support and define what the partnership between universities would look like, the details and resources needed to actually build and deliver the program had yet to be determined.

The task of translating the big vision into a real flesh and blood program fell to Dr. Joanna Bates, the senior associate dean of the MD program at the time. Bates, along with a constellation of talented individuals from varied backgrounds, including curriculum experts, architects, technologists, community leaders, dove headfirst into the abyss.

But whether or not they could translate the vision into a reality in time was met with sharp skepticism.

Putting a plan in place

UBC’s MD undergraduate program, though small, had a history of excellence training physicians for practice in B.C. and Canada. But expansion — more than doubling the existing admission numbers from 128 to 256 — and distributing a portion of those learners to communities that did not have a history of training physicians presented logistical and culture obstacles. And, without a clear plan in place, the magnitude of such an expansion seemed nearly insurmountable.

“We had a mandate, a timeline, and a deliverable, but absolutely no plan!,” says Joanna Bates.

While core elements of the curriculum would stay the same, nearly every other corner, nook and cranny of the medical education system — from admissions and student recruitment, to training faculty members to give a video conferenced lecture — would need to be rethought. With opening day scheduled just a few years away — the clock was ticking.

Adding to the logistical obstacles of delivering and implementing such an expansion, the transformation also required a monumental culture shift.

Vancouver had been the seat of medical education in the province since UBC first launched the MD program in 1950. Over the years, the program and the health care system had flourished, with large teaching hospitals, like Vancouver General and St. Paul’s, stocked with large teams of medical specialists who looked after serious and complex cases. UBC’s program was long-established, had a history and many didn’t think there was reason to change.

It was a bit of a surprise to everybody because we were so focused on the distributed sites and getting those up and running — and it was all very new and so on — for them, that I don’t think we had realized, at the time, just how much change would be required at the Vancouver-Fraser Site.
– Dr. Angela Towle, Former Associate Dean, MD Undergraduate Education, Curriculum, Vancouver-Fraser Medical Program

As it would turn out, Vancouver’s culture wasn’t the only one resistant to change.

While not as severe as the problems in the north, Vancouver Island’s aging population, and physician shortages in rural and remote island communities were palpable. Yet, Island physicians were initially reluctant to accept the idea that distributed medical education could help address those issues. Some doubted the sincerity of the partnership with UBC and many feared that adding teaching to their already busy workload would slow down care, resulting in seeing fewer patients.

Dr. Steve Martin, a family physician and the current director of clinical skills with the Island Medical Program (IMP), had a different view. As the interim course director for Family Practice Continuum and Clinical Skills at the time, Martin was tasked with not only securing family practice office space for medical students to complete their placements, but recruiting clinical teachers — a significant challenge, but one which Martin met with passion, and a bit of creativity. It wasn’t long before the community on the Island came on board.

When you start to do big vision, other people come and join you. So you’re not doing it yourself. The universities didn’t do it themselves, the health authorities didn’t do it themselves. The number of individuals and organizations and sectors across BC and outside who came together to help with the planning was just huge.
– Dr. Joanna Bates
Eventually, numerous ideas, discussions, and meetings began to solidify into plans for a province-wide program. At the heart of it all, were the faculty and medical students, providing feedback at every stage along the way.

“Learning how to give input into building a medical program, at the same time as trying to get your medical education – that was unique,” says Jeff Ricketson, a former student of the Island Medical Program. “We were all figuring it out – how to communicate and how to do a lecture and how to do small groups via a satellite. And working through that was also really exciting, really rewarding as well.”

But, as plans got underway, it became clear that another challenge was just around the corner: new groundbreaking technology-enabled learning platforms would need to be developed to support simultaneous, real-time interactive learning. The reasons were both practical and conceptual. 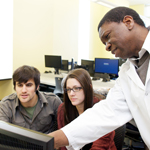 Background on the Medical Program

Since expansion began in 2004, the UBC Faculty of Medicine, in partnership with the provincial government, academic partners University of Victoria, and the University of Northern British Columbia, and all six health authorities, has more than doubled enrolment, and distributed education, clinical training, health sciences research and teaching across B.C. 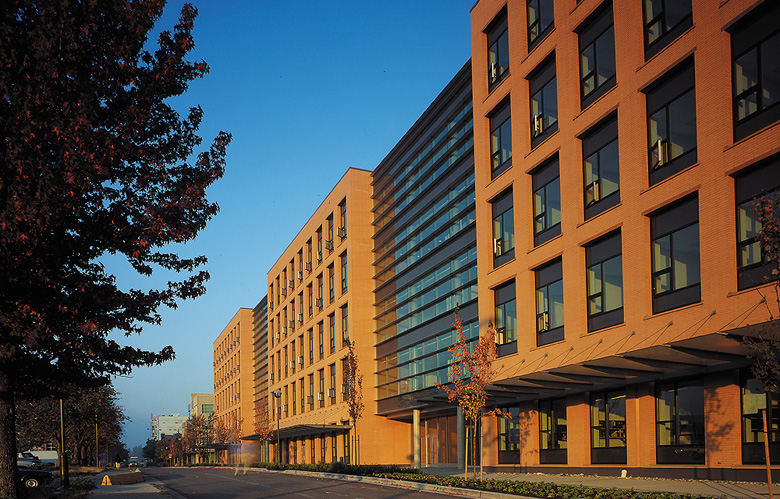 The Vancouver-Fraser Medical Program (VFMP) is based at UBC in Vancouver. 192 students are welcomed into the VFMP every year. 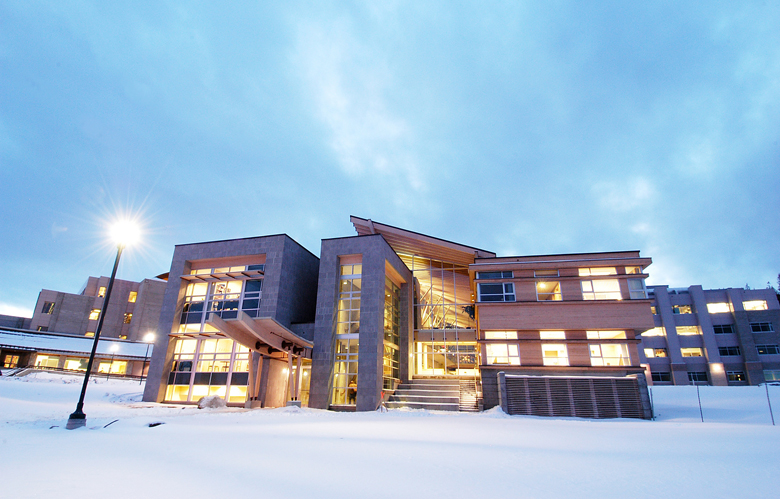 The Northern Medical Program (NMP), based at the University of Northern BC in Prince George, was established in 2004. Thirty-two students are welcomed into the NMP every year. 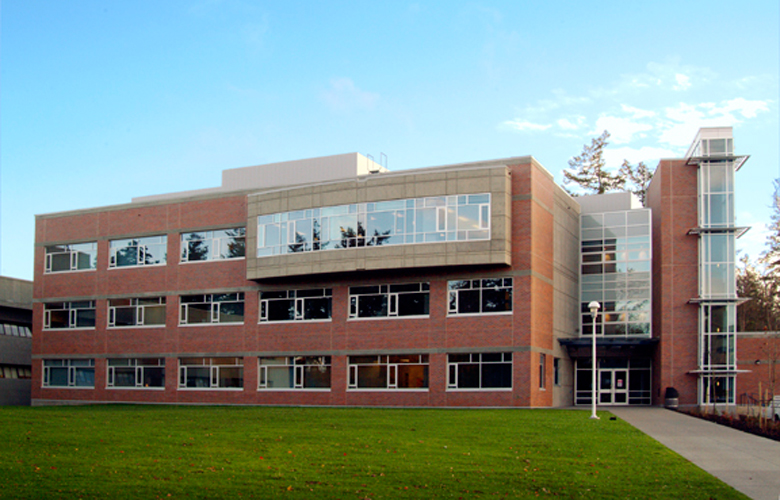 The Island Medical Program (IMP), based at the University of Victoria, was established in 2004. Thirty-two students are welcomed into the IMP every year. 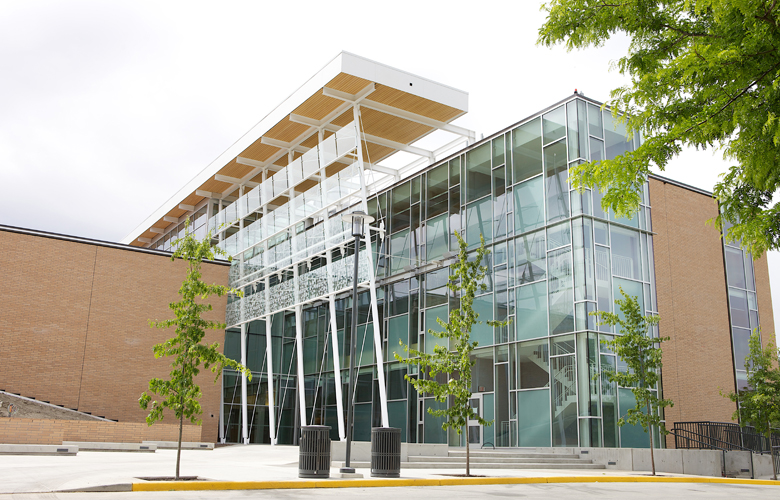 The Southern Medical Program (SMP), based at UBC-Okanagan in Kelowna, is the fourth site in the distributed MD program. The inaugural SMP class began their studies in the Interior in January 2012. Thirty-two students are welcomed into the SMP every year.

Exploring other models of distributed education

Dr. Bates and her colleagues looked around the globe for examples of distributed medical education models — programs that were moving medical education from urban-based teaching hospitals into smaller, rural and remote communities. The distribution concept, though somewhat outside the mainstream, was not necessarily new. Just south of the border, the University of Washington, together with partners in Montana, Alaska, and Idaho, had, since the early 1970’s, sent medical learners to hospitals and communities in states across the pacific northwest that did not have a medical school of their own. Known as WWAMI (an acronym representing the states it serves – Washington, Wyoming, Alaska, Montana, Idaho), the program had pioneered a new form of medical education in North America that focused on family medicine, primary care, and rural health.