Training the next generation of health professionals for B.C. communities

By grade 4, Heather Smith had set her sights on becoming a doctor, a life that came further into view when, as a teenager, she took a babysitting job for a family doctor in Prince George.

Smith’s dreams were put on hold when her first attempt at gaining one of 128 medical school spots was unsuccessful. Rather than admit defeat, Smith pushed ahead, completing a master’s degree in community health, and readying herself to apply again. This time, however, the playing field had changed. The Northern Medical Program (NMP) was accepting its first class, and Smith was determined to be part of it.

Smith, an alumna of the inaugural class of the NMP, now practices in Prince George. She is one of 2824 trainees admitted to the MD undergraduate program since its expansion in 2004 (2004-2014). Each year, the MD undergraduate program accepts 288 students, up from 128 in 2003, making it the third largest in Canada. That same expansion has also carried over to UBC’s postgraduate or residency training programs, which accepted 323 individuals in 2014, up from 133 in 2003.

While the increased size is important to ensuring the training of doctors is keeping up with the population demands and demographic shifts in both the province and Canada, the program is also working to ensure that MD students reflect the diversity of our communities.

A Road Less Travelled: Read the story of how UBC pioneered a new path to medical education

The MD program is now training more Aboriginal physicians than ever before. In 2012, the largest number of Aboriginal students graduated from the MD Undergraduate Program. The goal was to graduate 50 Aboriginal MDs by 2020 — a goal which was met five years ahead of schedule in 2015.

And, when it comes to attracting medical students from diverse regions of the province, the program is seeing a real mix. In a 2014 survey of students entering the MD program, 14 percent identified themselves as being from a rural or remote region.

Today, the growing visibility and success of regional programs allow secondary students from across the province to gain exposure to medical education and career opportunities within the medical and health professions.

Since 2008, the distributed MD undergraduate program has graduated 1646 doctors — the majority of whom have gone on to pursue residency training in Family Medicine, as the next step to becoming family doctors.

Jeff Ricketson is one of those new doctors.

Ricketson grew up surfing the waves off the coast of his Vancouver Island home, and though the call of the ocean was strong, his desire to help others through medicine was stronger.

“If I ever hit a bump in the road, if I ever got a bad grade and wondered if I was going to make it into medical school, I would try to think of something else I’d like to do, but everything was secondary to becoming a doctor,” says Ricketson. “Everything along the way just brought me back to medicine.”

Ricketson’s road led him to a spot in the Island Medical Program, thrilled to learn medicine in his hometown, and steal away from his studies to catch a wave. After completing the program, Ricketson put his surfboard in storage and headed to Alberta for family medicine residency training. Ricketson began exploring career opportunities, like most young doctors, through a year of locum placements in Alberta and British Columbia. In each place, Ricketson found reasons to stay, but when the opportunity to join the E.R. department in Campbell River came his way, Ricketson decided to put down roots in familiar soil.

Learning in our province-wide MD undergraduate and postgraduate programs, takes trainees far beyond the boundaries of greater Vancouver to mid-size regional hospitals of the Interior, across the Georgia Strait to remote coastal communities, or far north on two-lane roads to small towns, like Mackenzie, B.C. — a several hour drive from Prince George.

It is here, in these communities, where textbook terms like ‘community health’ or ‘rural medicine’ become real, and the impact of that community experience may lead them to a life and practice, just like Dan Penman.

For Penman, a Vancouverite who graduated from the Vancouver-Fraser Medical Program in 2010, a rural experience in Chilliwack opened his eyes to rural practice, leading him to Prince George for his family practice residency training and, finally, to Mackenzie where he is now practicing.

The rich academic environment within Vancouver Coastal Health and the Provincial Health Services Authority continues to be a key enabler in the success of the MD undergraduate program. But with the expansion and distribution of medical education facilities, a long history of synergy with other health authorities across the province has been enriched.

The ripple effect of medical education on B.C.’s healthcare system

From Nanaimo to Vernon, Chilliwack to Terrace, you will find UBC medical students and residents working with local physicians in offices, clinics, and community hospitals.

Through teaching and technology, hospitals and clinics across B.C. are now connected to medical education, providing access to the latest research as well as professional development opportunities that can be accessed online — eliminating travel time and distance. Inquisitive learners keep doctors and health professionals on their toes, contributing to a culture of teaching and learning that is infectious. 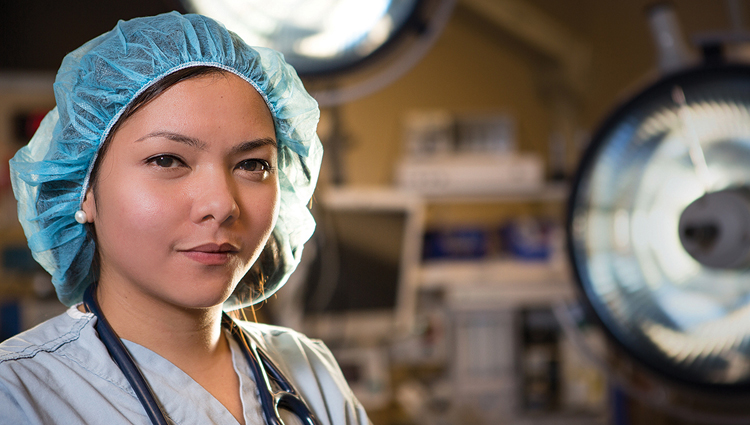 Charles Jago, who left the UNBC presidency post in 2009, after a second term, is now chair of the Board of Directors of Northern Health. In this role, Jago has gained new perspective on how medical education impacts the healthcare system.

“It raises the whole level, the whole quality, of medical practice in a community. You can see that now, the regional hospital of Prince George is now the University Hospital of Northern B.C. It’s a major training centre, and we’re building a learning and development centre as part of that with UBC, not only for physicians, nurses and others in training, but also staff for upgrading. And also the focus on rural research being able to translate research outcomes into practice change — all of those things become possible,” says Jago. “They might have been things we just talked about 10 years ago, but now we can realize these. It’s had a tremendous impact on Northern Health and the medical community here.”

Northern Health would not be what it is today if it weren’t for the medical school…
– Dr. Charles Jago

Teaching also helps recruit new doctors, and by creating clusters of health education, research and care, it provides momentum to bring other health care resources to communities where the need is great. One such example is the BC Cancer Agency Centre for the North.

“If we didn’t have the Northern Medical Program, if we didn’t have the academic environment, would the Cancer Centre have been built here and developed the way it has? I think it is another one of these examples, that if when you do something it then allows people to believe that this is a place to build another successful thing,” says Snadden. “The way that it has been put together, and its distribution around northern B.C., and its links to the BC Cancer Agency have been so important for the people here. So success builds success.”

The distributed system and network has allowed other health professional programs to introduce initiatives, like UBC’s Physical Therapy Northern and Rural Cohort and Midwifery Island Cohort, which train students outside of Vancouver.

A new landscape of medical education

In just 10 years, the landscape of medical and health professional education in B.C. has undergone an incredible transformation. Today we have increased numbers of undergraduate and postgraduate learners with four university academic campuses, 11 clinical academic campuses, 17 affiliated regional centres, and many more community clinics and offices. Most importantly, there are growing numbers of doctors completing training each year and heading into practice to provide care to patients across British Columbia.
When I reflect back on what stands out for me, it is the amount and magnitude of change that has taken place across the province in medical education and health professions, it is truly like day and night.
– Dr. Oscar Casiro

Infographic: Learn how our MD and Postgraduate programs are training more doctors for BC

Over the past decade, the UBC Faculty of Medicine’s approach to distributed community-based medical education, technology-enabled learning, and our commitment to social accountability has garnered the attention of medical educators across Canada, North America and the world.

“The setting up of regional campuses has become a model for other campuses and solving other maldistriubtion problems elsewhere in Canada,” says Bates. “I thought we were solving a local problem. It didn’t occur to me that we were innovating in a way where other people would say ‘oh, what an interesting way to try to solve some of these issues,’ and begin to do similar things.”

Though physician shortages remain throughout communities in B.C., and across Canada, there is hope for the immediate future. That hope is not just more doctors and better care, but opportunity for their children to become doctors and health professionals, opportunity for communities to have strong connections to medical education and health research, and opportunity to be a partner in training the next generation of health professionals for B.C. communities, Canada, and the world.

NEXT: The Journey to Practice 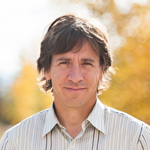 Alumni lead the next generation

In 1950, the UBC Faculty of Medicine opened its doors and welcomed 60 eager students. Today, over sixty years later, thousands of students and residents have passed through the Faculty’s doors and are making a tremendous impact at a local, national and international level. Some of our alumni have also returned to their medical beginnings, helping to maintain the continued success of the MD program by serving as leaders and educators of the next generation. 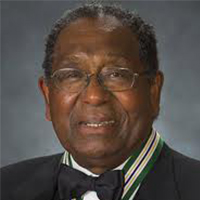 Felix Durity ’63 is one of the most respected neurosurgeons in Canada and has dedicated his life to improving neurosurgical care at home and abroad. As professor emeritus in UBC’s Department of Surgery, he has provided vital education for the next generation of clinicians and researchers in B.C. and across Canada. Durity’s dedicated commitment to teaching has been recognized with three undergraduate and postgraduate teaching awards.
Learn more 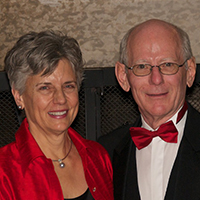 Both Donald MacRitchie ’70 and Elizabeth MacRitchie BScR ’70 have played an active role in the expansion of the medical and physical therapy programs in northern B.C. They are among a number of couples who met as young students at UBC. Their three children are also UBC alumni, and Donald sits on the Medical Alumni Association (MAA) Board of Directors.
Read their full story 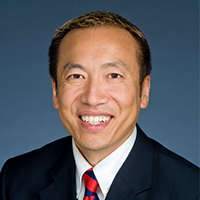 Harvey Lui ’86 is the Head of the Department of Dermatology and Skin Science at UBC and, in 2001 he received the UBC Killam Prize for excellence in teaching. His teaching extends globally as a visiting Professor and speaker on five continents.
Learn more 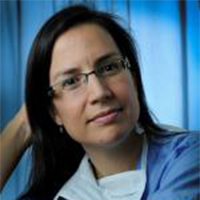 In 1997 Nadine Caron ’97 became the first Aboriginal woman to graduate from the UBC Faculty of Medicine. After completing further training at Harvard and the University of California San Francisco, she returned to B.C. to become the first academic physician in the North. Today, Caron remains a dedicated teacher and mentor in her role as Assistant Professor in UBC’s Northern Medical Program and as co-lead of the Indigenous Health stream in the School of Population and Public Health.
Learn more